I’ve learned a lot about American history in the last few weeks, or actually how little I know.  I was taught Christopher Columbus was a hero who discovered America. President’s Day honored George Washington, one of our nation’s Founding Fathers and first president. President Andrew Jackson, from my home state of Tennessee, was a hero from the War of 1812. President Theodore Roosevelt was a conservationist and an honorable Rough Rider who fought in the Spanish-American War. Jefferson Davis, Robert E. Lee, and Stonewall Jackson were leaders of the Confederacy who fought for the South and states’ rights.

I studied my lessons, took my exams, and then moved on to more important things back then like dance classes, tennis lessons and writing feature stories for my local newspaper ($25 an article and a byline!). History seemed….so old! I wanted to focus on the future, mine especially, since I dreamed of being a magazine editor in Manhattan. I preferred reading up on trends, not wars.

Now I feel like Cher Horowitz in the film “Clueless.” Back then, everything seemed awesome and okey dokey. No one raised any concerns about what we learned in the history books; the heroes on those pages weren’t considered controversial. I was clueless. Why would I question what I was taught?  I wanted an A on my exams! Reflecting on everything, I see now my education was whitewashed. Now, I feel historically illiterate and in need of a re-education. It starts with reading and listening.

I confess that I feel conflicted about monuments being removed and destroyed and books and films being questioned. While many believe statues should be destroyed, others want to see them moved into museums where there are countless works of art that spark controversy and discussion.  Sequestered within the walls of a museum, controversial art seems to be acceptable, but just don’t put them on public display.

Haven’t we all visited museums and seen paintings and statues of murder, rape, incest, slavery, torture, persecution, and other atrocities. Many of these are from stories in the Old and New Testament or mythology. Written in the Bible, a perennial best-seller, stories about human atrocities become teachings.Translated to the screen, they become epic films. But other best -selling books and films that spark historical controversy may require disclaimers.

We are walking a fine line between historically accurate and politically correct. The nation’s Founding Fathers had slaves. Are George Washington, Thomas Jefferson, and John Adams next to be denounced? Centuries ago, things were different. Wars were fought to facilitate change and progress. We are supposed to learn from history, but we can’t change it. However, history can be taught with a more balanced viewpoint from multiple voices. That would be a start.

Removing a statue is symbolic. Changing a belief or behavior takes work, time and a collective effort. Our Perfect Union may be showing its flaws, but they can be repaired over time with the right leadership and a unified willingness to work harder at strengthening the core values of – liberty, justice and equality for all.

What we can change now is putting the kind back in “mankind” and treating each other with more respect and courtesy.

And while we are at it, maybe Lesson One is reading the U.S. Constitution starting with the preamble: 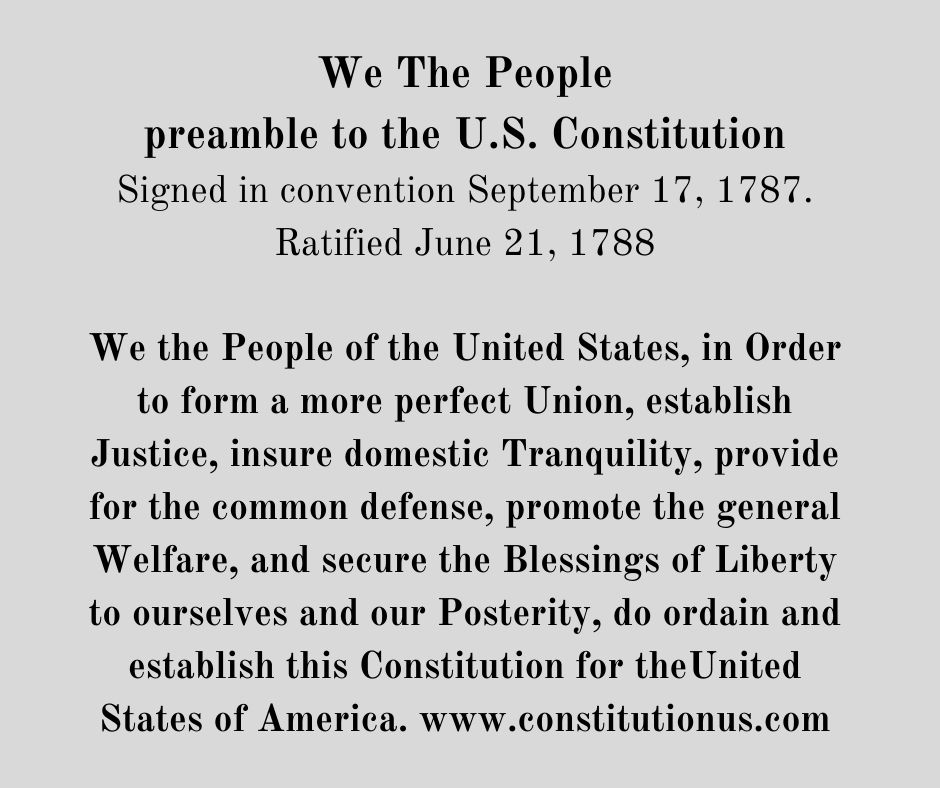