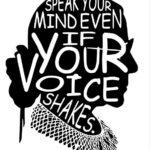 The recent passing of U.S. Supreme Court Justice Ruth Bader Ginsburg made me reflect on the importance of defying the odds, speaking out for what you believe in and being true to your core values. Justice Ginsburg championed equal rights for women. She worked hard to fight discrimination, gender bias and stereotypes.  (NYT obituary). But it was not always easy. She had to prove herself over and over as she started her career rise. Though qualified, she was turned down as a Civil Service GS-5 level claims examiner because she was pregnant and told she could not travel for the

Second Chapters: She Left the C-Suite to Become a Cannabis Entrepreneur

Think you need a college degree to get ahead much less become President of a multi-billion business? Think again.  Facebook’s Mark Zuckerberg and Microsoft’s Bill Gates never graduated college. Look where they are today? That’s not to say having a college degree and, better yet, a Master’s Degree, won’t matter. They do, especially in the corporate world and in academia. But, you can succeed in other ways. That’s the story of Stormy Simon, a single mom who started as a temporary worked at Overstock.com and worked her way to the top to become President. During her tenure, Overstock became a top 25

Here’s to Olderpreneurs! Why Starting a Business After 50 Makes Sense 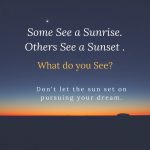 While many decry the lack of women at the top of the corporate chain at Fortune 500 companies, there is much to be said about the numerous successful women entrepreneurs who are making their mark.  A few stats from Entrepreneur.com Women own 10.6 million businesses in the U.S.A. They employ 19.1 million workers- one in every seven employees. Their businesses account for $2.5 trillion in sales For many women starting a business is their only option for financial security and independence. This is especially true for women over 50 who are finding their job prospects tougher than ever in the workforce, or whose 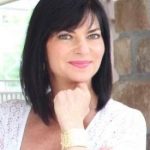 She Helps Women Put their Best Face Forward Picture this: You are a single Mom in a job you hate. Your crave time to spend with your family; yet you need financial security to support them. Then the unthinkable happens……..Read on Gail Sagel left a fast paced career in finance to start a beauty business in Connecticut where she lives. It’s called FACES Beautiful®. Gail’s “Life is short; Live on your terms” moment came when she was hit by a car while riding her bike.  During her months of recuperation she rethought what she wanted out of life and

This Filmmaker Nails It

Watching “Joy Joy Nails,” written and directed by Filmmaker Joey Ally makes you uncomfortable. Like nails slowly tapping a table, it gets your attention.  An official selection at the 2017 Tribeca Film Festival, the film highlights the untold truth, abysmal pay, racism and sometimes violence that women endure in the roughly 2,000 nail salons across New York, Connecticut and New Jersey, originally inspired by the excellent New York Times investigative report, “Unvarnished.”      Joey is a  young filmmaker with several credits to her name, with a focus on women. Her other films are “Minimum Wage” and “Partners.” Her production company