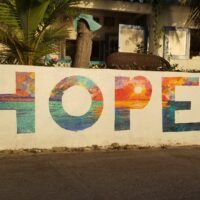 Welcome to 2021. Usually, it’s March that blows in like a lion and out like a lamb. This year it started in January. While taking a restful month off to recalibrate, we were jarred back to reality starting January 6th with the attack on the U.S. Capitol. A nation gripped in a pandemic now watched chaos unfold in Washington DC. We know the coronavirus is highly transmittable. Anger is also infectious, easily passed through social media. It can lead to peaceful protests or dangerous mobs. The rush of wind that swept through the nation on January 20 wasn’t an Alberta Clipper from Canada. It 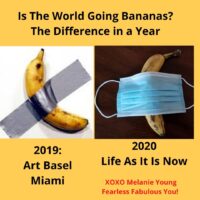 An itchy nose and maskne rash notwithstanding, another side effect for many people wearing masks is forgetting to smile. The bottom half of your face is covered, so your eyes become the main form of expression unless you are wearing sunglasses and a hat. Then your face basically disappears. On the creative side, masks have become a new form of expression, a fashion accessory that can match your clothes and offer a message across your face. If wearing a mask is the new normal, give it your personal touch, especially this holiday season. Mask wearing has created funny and not funny outcomes: On the 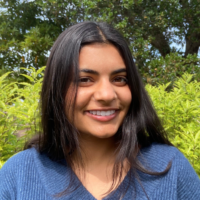 Here are four of this year’s Gloria Barron Prize recipients. A round of applause and a thank you to each of them for reminding all of us the future is in #GIRLPOWER

The State of Transition 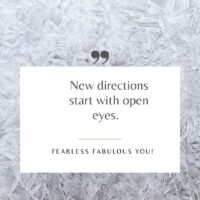 The challenge of “what next?’ and “where to?” presents an opportunity unlike any to reshape one’s future. To do this well, you really need to let go of anything in your past life that is holding you down. That is not an easy task, and it takes time. We have met many people living in the same state. Some are trying to figure things out; others are well on their way.

No If or Buts. Thoughts on Grieving 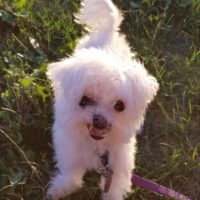 We’re all grieving for someone or something that we lost this year  We’ll all be glad when 2020 is in the rear view mirror. In the meantime, we gave thanks for good health, recovery, friendship, photos of loved ones and happy places. Simple things.  No ifs or buts this year.

Heads Up! Speak Out!

“Stay quiet, listen and keep your head down. Try not to stand out.” Those were the words of advice I was given when I started out in my career. Many women have been taught to avoid controversy, to fit in and lay low. It can work to your advantage being a team player. But it does not work when you want to shape your identity and shine a light. And laying low does not help when the odds are stacked against you and bosses and colleagues are treating you unfairly. I have been following an ongoing news investigation about sexual harassment at the 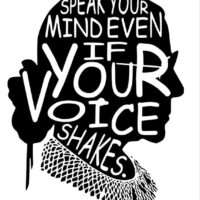 The recent passing of U.S. Supreme Court Justice Ruth Bader Ginsburg made me reflect on the importance of defying the odds, speaking out for what you believe in and being true to your core values. Justice Ginsburg championed equal rights for women. She worked hard to fight discrimination, gender bias and stereotypes.  (NYT obituary). But it was not always easy. She had to prove herself over and over as she started her career rise. Though qualified, she was turned down as a Civil Service GS-5 level claims examiner because she was pregnant and told she could not travel for the

What I Did During My Pandemic Summer 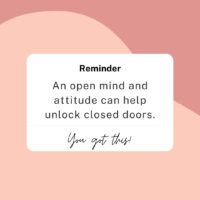 Remember your first day back in school in late August or early September when your teacher asked you to write an essay entitled. ‘What I did on my summer vacation?” Well, this September, with a pandemic that still continues at a scary pace, we’ll all have a story to share unlike any other. Here’s mine: How I spend my Pandemic Summer Some people shared that during this pandemic they took up a new language, started a kitchen table business, sewed masks, re-designed their websites, volunteered at the local food pantry, caught up reading books, watched old movies, learned to bake sourdough 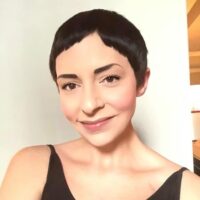 Metastatic Breast Cancer, MBC for short, is Stage IV breast cancer that has spread beyond the breast to another organ or part of the body and is incurable. Approximately 1 in 3 women with early stage breast cancer will develop Metastatic Breast Cancer, and six percent of patients have MBC at first diagnosis, known as “de novo.” Medical advancements have enabled people diagnosed with metastatic breast cancer to live longer with a better quality of life. I had the honor of interviewing Kelli Davis, an MBC Thriver, for my podcast Fearless Fabulous Tips for Healthy Living (iHeart Radio). Kelli was 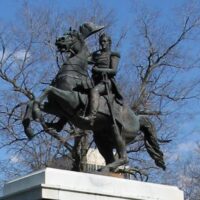 I’ve tried writing this post a half dozen times. Then something happens in the news, and everything feels inappropriate. Every time I try to write something down, I worry about sounding tone-deaf. But a wordsmith also cannot stay silent. I believe in equal rights and offering everyone a fair chance. I don’t want to see anyone mistreated and I detest racism, bigotry, religious intolerance, gender bias, ageism, sexism and any action or words that denigrate an individual, group or nationality. I haven’t marched in a protest because I am uncomfortable in large crowds and worry about getting sick. I refrain from posting many statements on 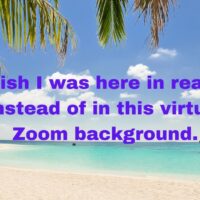 Just when I thought I had mastered disconnecting to find better balance in my life, the COVID-19 pandemic turned what was right side up, upside down. Life has become a virtual reality tied to clicks, mikes and screens. Some of it is great and other times…..well, let me put it this way: Sometimes I want to scream at the screen and tell people how to conduct themselves. I’ve seen the tops of more heads over the past six weeks. And distorted faces. Zoom has been great for connecting people, but many have no idea how to use it. The first few minutes