The Power of the Pocketbook 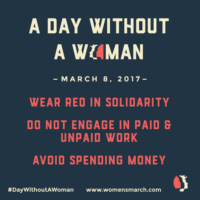 Almost every woman I know carries a pocketbook or purse. It could be a designer bag, a clutch, a leather tote or cloth sac. It could be filled with a wallet of credit cards, a wad of cash or an envelope of “mad money.” What’s more important than the style of the bag or its contents is its impact. As a follow up to the International Women’s Marches held January 21st, this Wednesday, March 8th, is officially “International Women’s Day.”  It has also been designated as “A Day Without a Woman.”  Women around the globe are being called on to

Put Time on Your Side- Fearless Fabulous You! 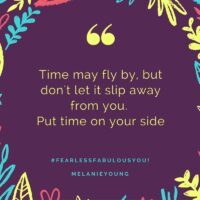 The sun is out. You’re sitting at your desk working and enjoying the view outside. It may be morning or afternoon. Your call. You’re getting the work done on your time. No one is looking over your shoulder, watching you punch a clock. You’re making money in a stress-less environment and giving yourself time for You. Maybe you are making money in your sleep with an automated business. No matter how you shape your day, time is on your side. Sound good? You bet! Increasingly I meet women who have ditched the traditional corporate life to create a business model that

Lessons in SHEconomics- Why Supporting Women in Business Matters 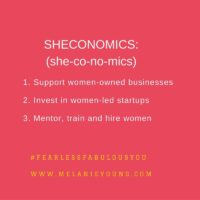 In college I studied economics as part of my major, and I hated it! I just couldn’t wrap my head around discussing business calculations using the term “widgets.” I’d tell my professor, “Let’s speak a language I can relate to, like shoes instead of widgets.” In 1989, without having taken a single business course, I launched and ran a very successful public relations agency for over 20 years. I tell people my business education came from Street Smarts and the School of Hard Knocks. You find your niche and do it well and promote like crazy. You do something right; you learn to

Getting Things Off My Chest: A Bitter Pill To Swallow: The Cost of Getting Sick

When I was diagnosed with breast cancer in 2009 I was running a successful wine and food public relations agency, eating at the top restaurants and visiting the world’s great wine regions. Five years later, I came to a point where I considered applying for food stamps. My income was dried up and I was behind on my house payments. How did this happen to me? I learned I was not alone and should not be ashamed. I decided to speak out and learn more. According to a University of Michigan study  25 percent of breast cancer survivors reported financial

In a recent issue of MORE magazine entrepreneur Susan Lynne, founder of BBG ventures, an company than investments in women-owned tech startups said, “Learning to code is far more valuable than learning to speak French. Coding is a universal language. It allows you to work wherever you want.” I filed that one in the back of my mind. Growing up as a teen the word “code” was usually associated with “secret” and “Morse” and the only languages offered in my high school were Spanish and French. Today “code” means the language of technology, and it goes far beyond gigabytes, search engine

Fearless Fabulous You! She Has the Recipe for Building a Successful Food Brand

Building a successful #specialtyfood brand is more than having a dollop and a dream @mightymelanie #fearlessfabulousyou Are you a dynamo in the kitchen with a dream of cooking up a successful food business? Does everyone tell you one of your signature dishes or a product you make should be packaged, bottled and sold to food hungry-for-new things consumers? According to the National Specialty Food Association sales of specialty foods are at a record high of $109 billion and account for nearly 15 percent of all U.S. retail food sales. Women are more likely to purchase specialty foods than men, according to a separate report by the Specialty Food

Everyone always talks about “The Glass Ceiling” that women face to get ahead in their careers. The old boys network is usually blamed along with good old-fashioned sexism.  But I find there is also a glass wall erected by other women that is equally unsettling sexism. You may have experienced the glass wall in business or socially.  It might be a subtle snub, a touch of aloofness in the conversation or a verbal  “I am simply too busy with…my work, my children, my commitments… to make time for you, or simply no response. It might be an indirect hit such as being

Power to the (PR) People

With close to 30 years working in the public relations profession, sometimes with mixed feelings about my career choice, I am going to get this off my chest loud and clear: The next time someone disparages the public relations field or publicists in front of me, I am going to speak my mind and not mince words. “Power to the PR People.” I am in the middle of promoting my book, Getting Things Off My Chest: A Survivor’s Guide to Staying Fearless and Fabulous in the Face of Breast Cancer.” The experience has given me new respect for skilled publicists.