Managing Arthritis and Menopause- Fearless Fabulous You! May 22 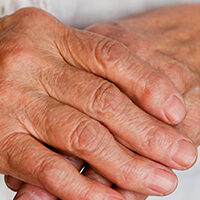 May is Arthritis Awareness Month and it hits home for me. My Mother experiences painful arthritis, and I see how the condition impacts a person’s mobility.  50 million Americans have been diagnosed with arthritis. That’s about one in 4 adults. 26% are women. There are more than 100 types of arthritis, and it’s the leading cause of disability among adults in the U.S.A. (source: The Arthritis Foundation). Dr. Anca Askanase, a rheumatologist with Columbia University Medical Center (Columbia Doctors), joins me May 22 to discuss causes, risk reduction and management of different causes of arthritis. Live 4pm EST W4WN.com and podcast to iHeart.com and free

A Diet Worth Giving a Try 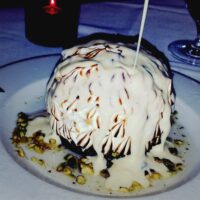 As a wine and food professional I grapple weekly with temptation and managing my diet. Attending dinners, lunches and wine tastings are part of the job, and I enjoy it, especially when the food and drink are good. But it’s hard to maintain your weight, and we all know eating well is the best defense to stay healthy along with regular exercise. So, I’ve devised “The Try It Diet.” Just give everything a try at least once. Take a smaller portion or a few sips. Then push away the plate or don’t give yourself a refill or second helping. It 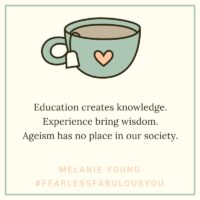 Recently I attended a movie screening for my friend, Kathleen Squires’ new film, “James Beard: America’s First Foodie.” The screening was hosted by AARP. The trailer before the film was themed “take another look at AARP.” It showed vibrant, sexy, loving and active seniors. That’s right: Ageism, take a hike! According to AARP, about two in three workers between the ages of 45-74 have experienced ageism issues in the workforce. The Age Discrimination in Employment Act of 1967 was supposed to address unfairness, but in 2015, over 21,000 complaints were filed with the government. Management often sites stamina and energy, lack

A Special Kind of Mother 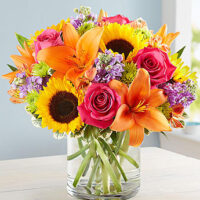 As we spend today celebrating our mothers who are still living and remembering our mothers who have left us, there is another community of mothers I’d like to recognize. These are mothers living with a hole in their hearts because they’ve lost a child. This past year I know of at least three mothers in my social media community who’ve lost children, all young adults. I can’t imagine the heartache of a mother on Mother’s Day thinking about the child she lost. She’s still a mother in spirit. She may have other children to care for and share the day,

Tacking Migraines Head On- May 1 Fearless Fabulous You! 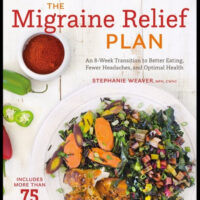 I’m tackling migraines head on (excuse the play on words). Friends and family members have experienced debilitating migraines, and I see how difficult and painful it is for them. Here’s what I learned prepping for this show: More women get migraines (three quarters of all migraine sufferers are women). Men tend to have more cluster headaches. There are different manifestations of migraines (e.g., Migraine with Vertigo, Miniere’s Disease) and different phases of a migraine (prodome, attack, postdome). Migraine triggers can vary by individual. Some OTC and prescription medications can trigger migraines (MOH- migraine overuse headaches). Dietary adjustments, exercise and stress

The Doctor Will See You Now….But Will You Actually See Him? 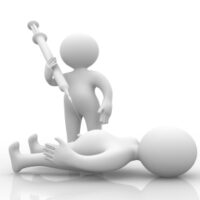 I received an envelope in the mail this week from a doctor I never met from a medical facility I never heard of. Inside was an invoice for $57.90. This wasn’t the first “your invoice is in the mail” experience I’ve had in the last several months. Others have appeared from the two hospitals where my husband, David, was treated last August and September for a neurological condition. Thankfully, David is back to normal. But these surprise charges have given me headaches and palpitations. Most of them contain EOBs (explanation of benefits) with charges for assorted doctors and services we never

Act My Age? Which One?

I just celebrated my 40th high school class reunion in Chattanooga. I graduated Girls Preparatory School (GPS), a private girls school established in 1906. They say in Chattanooga that you “you can spot a GPS girl” by the way they she carries herself, her poise and her manners. You can see it in her spirit as well. The school colors are black and blue, and students and alumnae are called “bruisers.” Ironically,  Merriam- Webster Dictionary defines a bruiser as a “husky man.” But the more urban definition is “someone who’s tough and doesn’t get taken down easily, someone with a

Stop Holding It In!

Tuck it in. Suck it in. Hold it in. How many times have you heard, read or said this? Well, I say do the opposite: Let it out! I recently interviewed movement specialist Mary Derbyshire for my radio show Fearless Fabulous YOU! The focus was staying agile at any age.  Here is the link. Mary discussed how to sit, stand and move your body without overtaxing it. One thing I learned is that we tend to hunch and constrict our bodies rather than stay loose and limber. I  realized during the discussion that too many of us are too tightly wound

They Get You By The Nuts 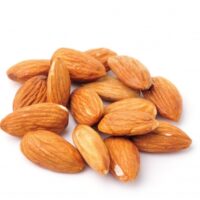 When I was a young girl, my parents would take me to the local ice cream parlor. My Dad loved hot fudge sundaes and every time he ordered one he would say, “They get you by the nuts.” What he meant was that there was always a surcharge for adding nuts to his sundae. I think of my Dad every time I eat an energy bar. I think they get you by the nuts.   Remember the movie “Mean Girls?” The Lindsay Lohan character, Cady, suggests to Mean Girl Regina that she eat energy bars to lose weight. Regina takes Cady’s

The Goddess of Gadgets & Learn About Body Kindness- Fearless Fabulous YOU!

She’s the Goddess of Gadgets Imagine inventing every day products that help simplify the lives of others, and making money doing it. That’s Lisa Ximenez, the self-described “Goddess of Gadgets. She’ll discuss her journey from inventor to successful entrepreneur including her latest product, the Bump It Off silicone hand sleeve/scrubber which is a helpful product for anyone who hates handling scummy sponges like I do.   Be Kinder to Your Body Rebecca Scritchfield, RD, believes the word “diet” should just go away. (Any word with “die” in it is a downer, right!)  Instead of denying yourself, why not give You 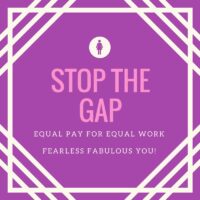 April 4th is Equal Pay Day in the USA. This date symbolizes how far into the year women have to work to earn what men earned in a previous year. Women working full time are paid 80 cents for every dollar a man makes working full time according to the Economic Policy Institute. The date changes annually. In 2016 it was April 12. The 2016 Equal Pay Day Presidential Proclamation stated that women were making 79 cents on the dollar compared to men. So….Women are earning 1 cent more on the dollar this year and equalizing out seven days early.

Let’s Get Real About “Fake” 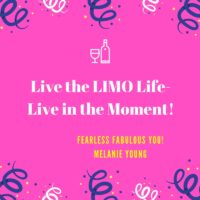 “Fake” is a prevalent four letter F-word in our vernacular these days. A few examples: We have accusations of “fake news.” Entrepreneurs talk about “fake it til you make it” to succeed. Scammers create fake Facebook profiles to recruit “fake friends.” There are fake claims by products delivering skewed marketing. There are fake foods posing as nutritional. There are fake celebrities on social media. And there are fake statistics feeding the fake news as indicated by this article in Forbes magazine. “Fake” seems to be a new reality these days.  The Urban Dictionary has many uses for the word.  Fake can mean everything