Act My Age? Which One?

I just celebrated my 40th high school class reunion in Chattanooga. I graduated Girls Preparatory School (GPS), a private girls school established in 1906. They say in Chattanooga that you “you can spot a GPS girl” by the way they she carries herself, her poise and her manners. You can see it in her spirit as well.

The school colors are black and blue, and students and alumnae are called “bruisers.” Ironically,  Merriam- Webster Dictionary defines a bruiser as a “husky man.” But the more urban definition is “someone who’s tough and doesn’t get taken down easily, someone with a history of winning.” That’s the spirit I’m talking about.

I gave a talk to some students on Friday called “Dream It! Do It!” Sharing my story of turning my dreams as a high school student to reality as a grown woman made me realize what a true “bruiser” I am when it comes to picking myself back up after facing a rejection or setback.  One of the girls asked me if I ever felt like I had not been taken seriously. I responded, “Many times, starting when a New York agency rejected me for a job saying I was a ‘southern flake and not New York material.’ Or when my boss made a pass at me. Or when I was told I should learn to type if I wanted a job. Then there was the time I was told to ‘act my age and fit in more.'” I always wanted to stand out.

Ours was a tight knit and very spirited class. At the party Saturday night 40 years of living elsewhere and not all staying in touch slipped away, and we are all friends reunited, swapping stories and laughs. I realized 40 years may sound like a long time, but we could have all been sitting around campus in our school uniforms shooting the breeze like the 1970s. We are a pretty ageless group of gals. Bodies and faces may have altered slightly with time, but the energy level was the same,

That’s because I’ve learned that there’s no such thing as “acting your age.”  Your attitude and approach to living can be ageless. Chronologically I may be in my 50s but mentally I am forever young. When I was a student at GPS I had an “old head on young shoulders” (to paraphrase the teacher Jean Brodie in the movie, “The Prime of Miss Jean Brodie”). I was filled with big dreams and large ambition to succeed. I am no older or younger today in my approach to life. If anything my goal is to have “a young head on old shoulders” as I move along. A mind filled with wonder and curiosity is a great youth serum.

So if anyone ever tells you to “act your age.”  Smile and say, “Which one?” 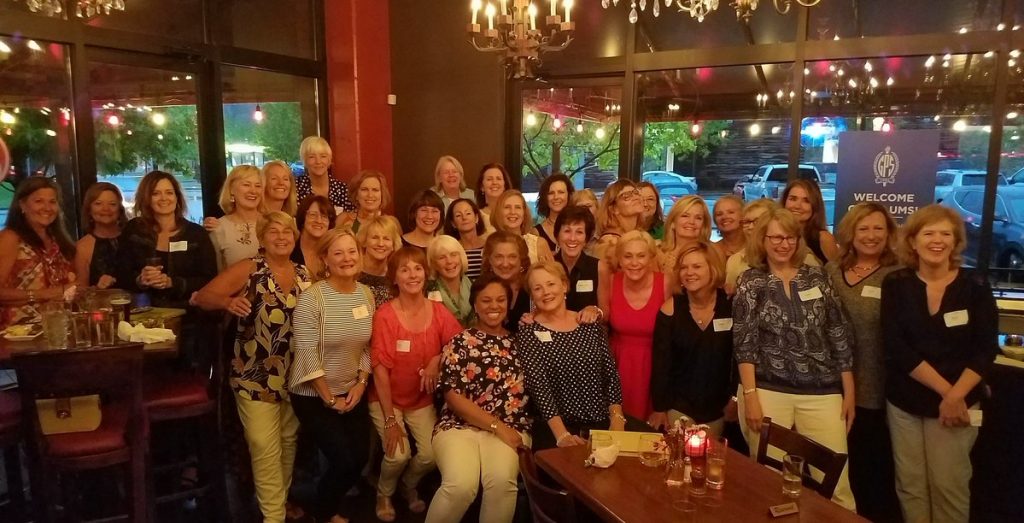 Here’s to the girls! Ageless and timeless. GPS Class of 1977