I have been thinking alot about the term “letting go” lately.

This week I made the difficult decision of letting go of my precious Chance. He was in pain and his mind and body greatly diminished from a nasal tumor that was slowing taking over his brain.  I wrestled with the idea of euthanasia and did not realize how much I truly hate the idea of letting go of a life, particuarly his. The doctors said it was my choice but to think of it as a gift to give him peace and protect him from more pain. In the end I relented. Chance died quietly in my arms with my hand over his heart.

And as the veterinarian removed Chance from my lap and gathered his body in her arms to take him away, his tiny head flipped backward and his face looked at me, his eyes still open, with an expression that said, “I don’t want to leave you, Melanie”

My heart sank further. It was the same expression on my father’s face when I told him good-bye to let him go, and I walked out of the hospital room never to see him again.

I have been a river of tears leading up to and following his passing. I know in my heart the decision was the right one even though it went against everything I thought I believed. I have physically let go of Chance but not the pain of losing him. That will take time; his presence still permeates our home.

I don’t believe in letting go easily. I am a bit of an emotional hoarder and have always viewed the words “letting go” as “letting down” or “giving up.” I’m a Type A personality, a go-getter and a cancer survivor . We are not supposed to give up. We are supposed to face the fight head on. “Letting go” was a sign of weakness.

My father soldiered on as he marched toward his death, lingering in hospice. But I know his mind had already let his life go; he was prepared to leave. He told me in no uncertain words. And somehow I was better prepared for his death because we had discussed it and accepted it.

Letting go is not just about life and death decisions. It is more about making decisions that change your life and hopefully for the better.

Relatives let go of their burdensome house and moved on to a new life out west.  Friends are let go from jobs and taken on new careers in new towns.  A cancer survivor lets go of her fears and bad habits and discovers a more balanced way to live. A hoarder lets go of all the stuff in her house and finds more space to move and think. A woman whose husband has left her lets go of her anger and is open to meeting someone new to spend her life with. Sometimes, when you let someone go they may come back, hopefully for thebetter,

Sure,  letting go physically can be scary and deadly if you are hanging on a ledge or a cliff. But emotionally, letting go should be viewed as a release: from anger, fear, pain, burden or anything that balls you up and bring you down.

Letting go should not be viewed as “letting someone down” or “giving up.” I have come to accept “letting go” as a “release”- freeing someone or something up to move onward. Hopefully when you let yourself or someone you care about go it will only make you and that person fly higher and not fall downward, like tossing seeds in the air to sprout elsewhere- or find peace.

I found two quotes about letting go that sums it up

Letting go does not mean giving up, but rather accepting things that cannot be.

Letting go is not the end of the world. It can be the beginning of a new life.

For me, letting go emotionally can open your mind and your  heart. Letting go physically can release pain and tension. It can unclench that tight fist and open your palm for someone to hold or for your to reach out.

Right now I am working on releasing my emotional pain and taking deep breathes when waves of grief wash over me. And in time, as I let go of this 14 year chapter of  my life with Chance, I will be able to reach out and embrace a new chance and new chapter. 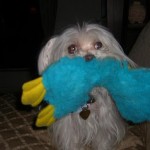 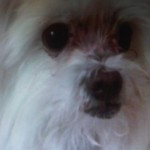 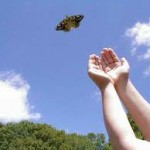