The Voice of the Persisterhood Prevails

This week the hashtag #shepersisted has been circulating with fervor after Senator Majority Leader Mitchell McConnell invoked Rule XIX to basically tell Senator Elizabeth Warren to shut up and sit down after she gave a lengthy speech and started reading a letter written by Coretta Scott King criticizing Attorney General candidate, Senator Jeff Sessions, whose appointment Warren opposed. He was later approved.

The rule states that ““No Senator in debate shall, directly or indirectly, by any form of words impute to another Senator or to other Senators any conduct or motive unworthy or unbecoming a Senator.” Senator McConnell said of Senator Warren: “She had appeared to violate the rule. She was warned. She was given an explanation. Nevertheless, she persisted.”

The echoes of #shepersisted became a roar. Persisterhood prevailed as countless women spoke out and said, “We will not be silenced.”

Silence is not golden when it’s forced upon you. Let’s face it, if we don’t join together, stand up and speak out for what we believe in, who will be our advocates?  The best thing we can teach our daughters and set as an example ourselves is to speak with confidence, listen with an open mind and act with integrity. 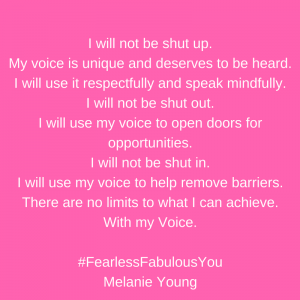 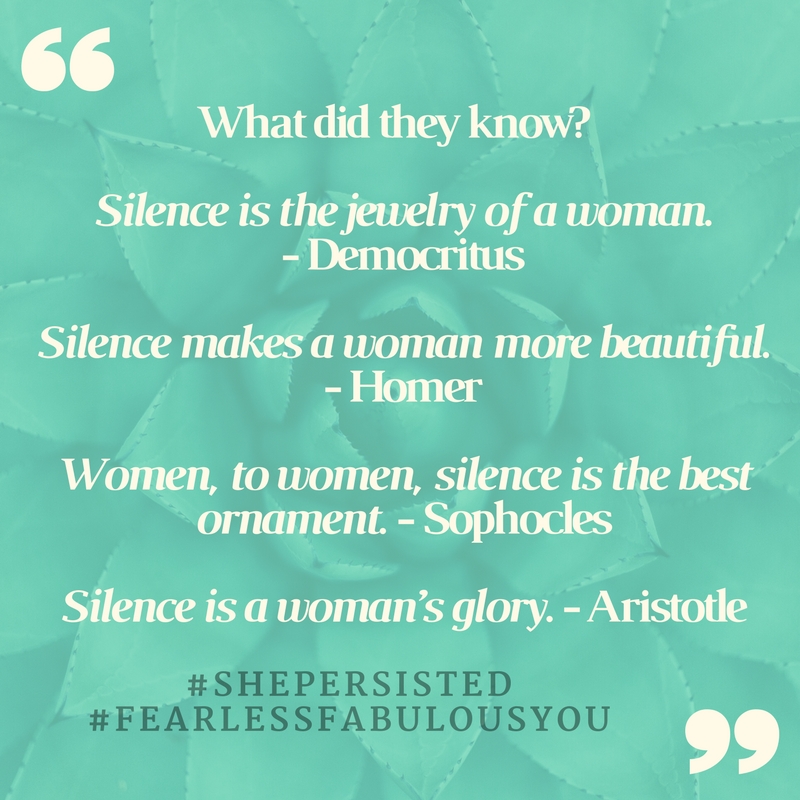 Please share this post if you enjoyed it.  And please connect with me on social media:
Twitter@mightymelanie
Instagram@melaniefabulous
Facebook@fearlessfabulousmelanie