On January 21 women around the nation and the world will gather in Washington, DC for the Women’s March on Washington. It’s not the first time women have marched. The women’s suffrage movement  in the U.S. started to gain momentum during the second part of the 19th century leading up to the constitutional amendment approving women’s right to vote in 1919.  On August 26, 1970, on the 50th anniversary of women’s suffrage, National Organization for Women (NOW)  organized a “Women’s Strike for Equality.” Approximately 50,000 women marched in New York and another 100,000 women participated in demonstrations and rallies in 90 cities, 42 states. Read more about other marches here.

We’re still marching and we’re still lagging behind men in terms of equal representation in business and government and equal pay. And we’re still fighting for our rights to make personal choices about our health and have greater protection against sexual discrimination and predators.

For me personally, it’s not just about whether you are pro-choice or anti-abortion, fighting sexual inequality or discrimination, seeking workplace fairness and equal pay or standing firm that one day more women will lead more businesses, hold more seats in our government and lead our nation. For me it’s about “genderification” –  being treated equally and being given the same opportunities and consideration as anyone else regardless of my gender or my race, or my age or my beliefs. Accept me for who I am and what I can do or hope to accomplish.

I am not marching January 21 but I am a soldier in spirit, not just one day but every day. And I encourage you to do the same. If you want to activate, then participate. Start walking the walk; not just talking the talk.

One of the greatest marches on Washington was led by the late Dr. Martin Luther King, whom we honor January 16. He lived his purpose every day. Let’s keep  do the same for women and, frankly, for all individuals to be equally and with respect.

A statement is a march on one day with one united voice to create a movement. An outcome is working every day using many voices to make a difference. 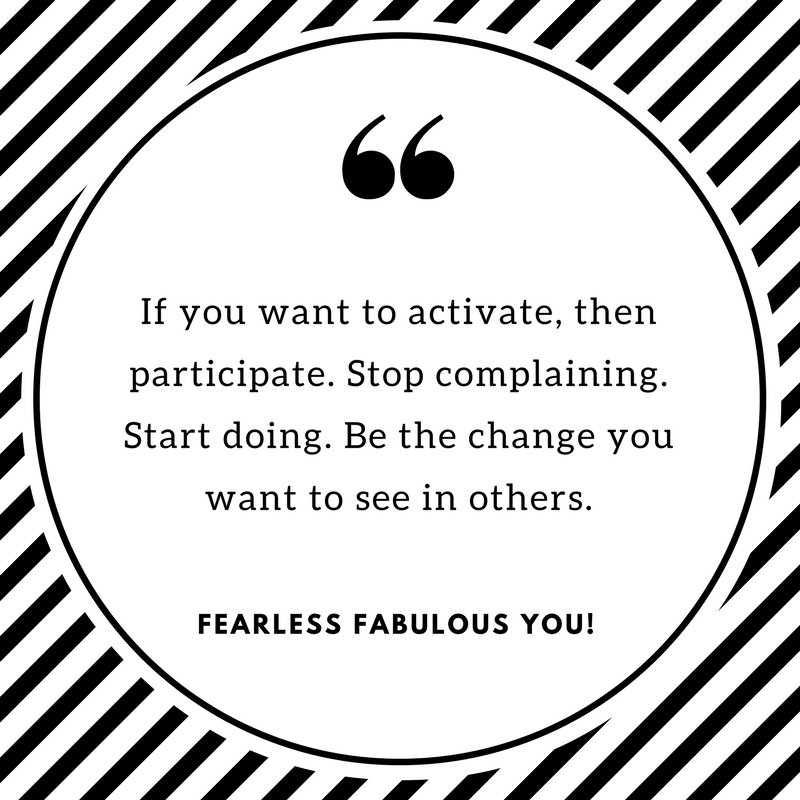