Why Thick Skin Matters at Any Age 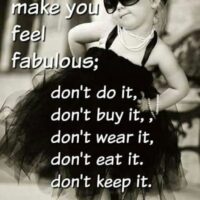 Thick Skin. Thin Body. Here’s my healthy top for the week: Maintain a thin body and thick skin. The former will help reduce your risk for several major illnesses including cardiovascular disease, high blood pressure and stroke, diabetes, back and hip problems and certain cancers (just to name a few examples). The latter will protect you against mental erosion and self- esteem sabotage. Thick skin will protect you against ageism, sexism and all sorts of discrimination you may face in life. It will keep you centered when doors slam in your face and you face a thousand “No’s” before finally hearing “Yes.” It will 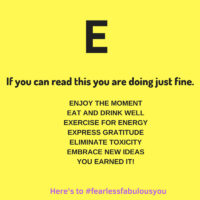 Sometimes it takes reaching your lowest point to rebuild the foundation to rise up and resolve what lies in front of you. Many of us have been there. You can continue to spiral downward or steer yourself to reverse the course. Seek help and build a support system. Everyone could use guidance, even the counselors and coaches who guide others. But, at the end of the day, it is up to you. I continue to be amazed and inspired by women who have turned their lives around and who are willing to share their gritty stories to help others realize 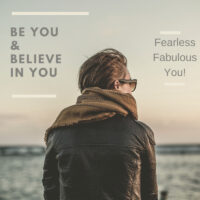 I am a fraud. I am not good enough. I don’t deserve this. People will find out and think I am a phony, Does anyone really care anyway? Decoding Imposter Syndrome According to this article on the topic in Scientific American: “Impostor Syndrome is a pervasive feeling of self-doubt, insecurity, or fraudulence despite often overwhelming evidence to the contrary.  It strikes smart, successful individuals.  It often rears its head after an especially notable accomplishment, like admission to a prestigious university, public acclaim, winning an award, or earning a promotion. Impostor Syndrome doesn’t discriminate: people of every demographic suffer from feeling like

Why It’s Important To Speak Out 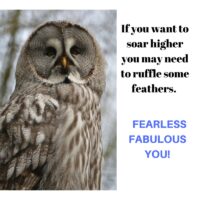 The only thing as disturbing as a voice that had been silenced is one that refuses to speak out.  Apathy is even worse than acrimony. Because apathy is about being indifferent versus helping to make a difference. Last week was Equal Pay Day. The date, April 10, was significant because that is the date in 2018 it would take for women’s earnings to finally catch up with what men earn. Women still make around 80 cents on the dollar to men and about $10,000 less in annual salaries. But don’t just blame the system. Too often we just let it happen by not speaking out

Have you ever been in a situation where your words froze? I’m not talking about writer’s block. It’s about being able to verbalize effectively. Recently this happened to me in a meeting where I developed word drool and could not get the sentence out. I attributed it being tired, but I just think my brain froze and disconnected with my words. Fortunately, I gathered my thoughts and rebooted quickly. This happens more than you think. Everyday reasons are stress and fatigue, or perhaps you have strained your voice or become hoarse due to an upper respiratory condition.  A more extreme medical

Give It Your All. Just Don’t Give It All Away 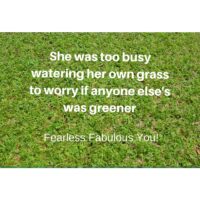 Do you feel over-extended? Many of us do. Eager to please and with a desire to succeed at what you set out to do, it’s easy to say “Yes” to every invitation and opportunity to meet, network, collaborate, socialize and support. Humans are naturally bonding creatures, and we want to make people happy and also feel good ourselves. But spreading yourself too thin can cause you to lose focus. And it can also impact your overall health. You don’t want to be so busy helping other people water their lawns to grow their dream garden that the grass turns brown and wilts under your own 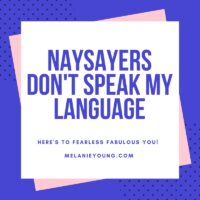 Every so often a little pest creeps into my life and points its ugly antenna at me. The bug is a member of the Doubt species that includes other nuisances like Naysayers, Skeptics and Cynics who try to dump a little Poo-on-You. It can become an infestation if you don’t address it in a timely matter. It can lead to purpose paralysis and death of a dream. Well, here’s a little pest control advice: This species is toxic. So, knock it out as soon as you can. Don’t just sweep to another corner of your life. Dump it and replace it with a Spray 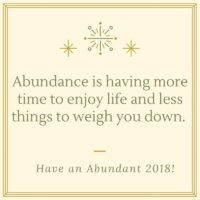 When I was little girl I loved to read books, and still do. Proud to have my own library card, I checked out as many books as I thought I could read. Often I would end up in tears because I couldn’t finish them all before their due date. As an adult, I’d fill my plate with food and taste every dish at culinary events, eager to try everything. As delicious the food was, the next day indigestion was not worth it. Eager to prove myself, I took on every project I could, only to find myself frantically trying to 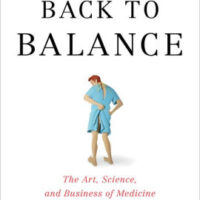 Three words to live by to stay vibrant and young in spirit: Mindful, Passion, and Purpose. These are also three words to start your New Year with a New Attitude. Mindful is about being “in the present” and focused on the here and now rather than the “when and what for?” Passion is the spiritual and emotional energy that will help propel you. Passion can be positive energy or negative energy depending on how you channel it. Hopefully positive. Purpose is your intention. I call it you you “Why?” As in “Why” do you want to make something happen? What is your

Finding Inspiration in the Face of Challenge 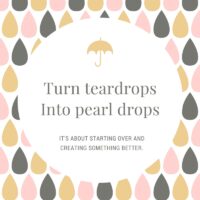 Almost weekly I’m pitched stories of inspiration from women who have experienced life altering challenges. They have faced near death, disease, loss of income and security, loss of a loved one and physical and/or emotional abuse. What they all have in common is that, despite being whacked down to their knees, these women did not lose their will or spirit. They may waiver but they never give up. Here are their lessons I share with you: It’s good to walk away from something that is harmful or that no longer serves your purpose. But you cannot run away from the challenge ahead. You have to

Who Asked Your Opinion?

“I think you ladies are too old for us,” said the tall young man with the half-mast eyes as we headed into the Nashville honky tonk.  There were three of them and three of us standing in the short line at the bar’s entrance. We were three gal pals spending the weekend away to celebrate a milestone birthday. They were a trio of dudes probably half our age and most definitely half our mental age in terms of intelligence…and manners. I muttered under my breath, “Who asked your opinion anyway?” Inside the bar a nerdy man curled his finger at me as an

I Won’t Back Down. And Neither Should You 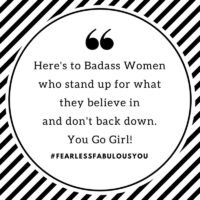 October 11 is officially “You Go Girl! Day.”  It’s a day to celebrate women of all ages for standing up and speaking out, beating the odds and staying the course, making an impact and creating opportunities. In the words of the late musician Tom Petty, “Stand your ground. Don’t back down.”  Many people are frustrated with what is happening in the world and in the U.S.A., but few take action. Words may bring awareness and start a conversation, but actions start a movement and make the difference. If you want to see change happen, start with being the change you want to see by taking